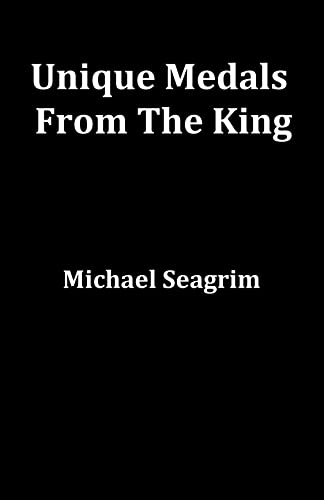 Unique Medals From The King by Michael Seagrim

The story examines the experiences of one family in perhaps the most dramatic period of British history, in the Inter-War and War years. By modern day standards this family was large, as they tended to be when couples were conditioned by a world which existed before such life-saving discoveries of medicines as penicillin.The focus is on the wife of a church minister who surmounted a series of setbacks with fortitude. Her husband wilfully lost her sizeable inheritance; and after he died, she vacated the tied living in Norfolk, to live ‘as poor as a church mouse.’ Two of her five sons were killed in the Second World War and a third invalided out of the Army. She wrote poignant letters that described her suffering.The underlying theme is of the various facets of courage, displayed not only by her but her sons. As a result, twice she visited Buckingham Palace to receive the medals from George VIth; and in a unique display wore them on a Remembrance Day Parade.The book explains that what drove this family on was their deeply held sense of duty and service to decent and freedom-loving people.